Beachcomber Hotels and Resorts opened the first hotel on the island of Mauritius in June 1952. At the time, Qantas was launching a new Perth-Johannesburg service, with a stopover in Mauritius. Rogers & Co. Ltd was the Australian airline’s representative and decided to open the first international standard hotel on the Island – through its newly created subsidiary, Mauritius Hotels – to accommodate passengers and crew members in transit.

Under the initiative of Amédée Maingard and Michel Pitot, the Château Mallac, a beautiful colonial house in Curepipe was transformed into the 40-room Park Hotel. Back then, with an annual number of visitors of approximately 1 800, it was a profound act of faith in a still fledgling industry.

The conditions were not particularly conducive in the initial stages but the journey continued with the opening in 1962 of two beach hotels, Le Morne Plage with its famous ‘rondavelles’ (round huts with thatched roofs) and Le Chaland in the vicinity of the airport. Two years later, New Mauritius Hotels Ltd (NMH Ltd) was created from the merger of Le Morne Plage Vatel and Mauritius Hotels. In 1967, the company built Le Morne Brabant Hotel to replace Le Morne Plage. The following year, the hotel hosted guests attending the Independence celebrations.

The Trou aux Biches Village Hotel, a showpiece of the Beachcomber collection of hotels, opened in 1971. The NMH hotel portfolio continued to grow with the development the following year of the Dinarobin Pierre Desmarais, attached to Le Morne Brabant. In 1976, the iconic Paradis opened on Le Morne Peninsula. 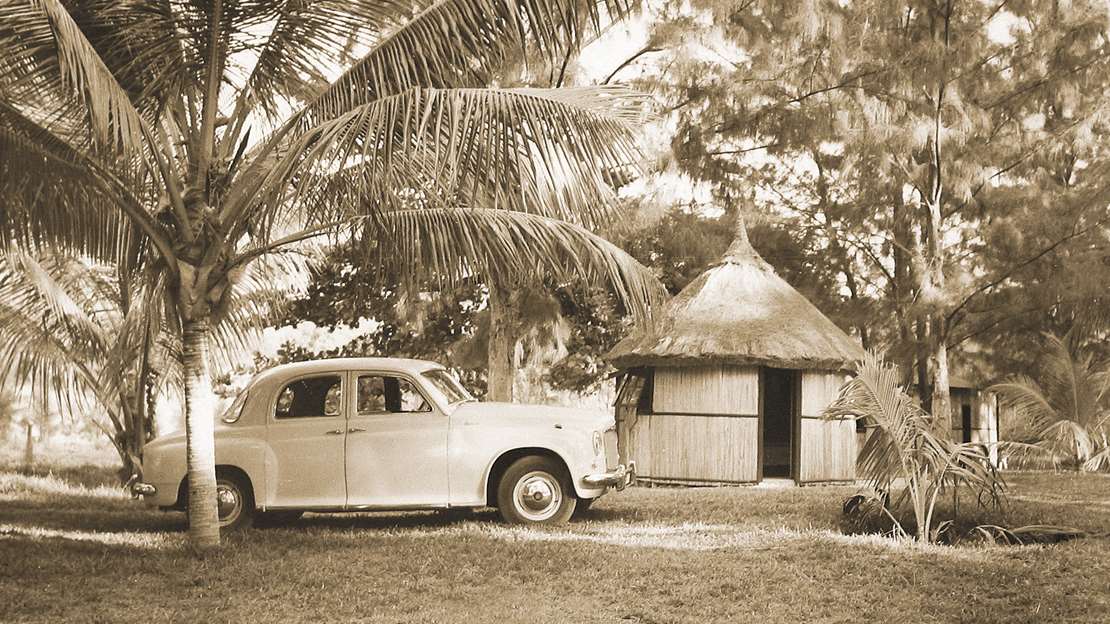 The creation of the brand Beachcomber in 1980 added another interesting twist to the history of NMH and five years later, the Royal Palm in Grand Bay opened as the first grand hotel in Mauritius. This landmark in luxury tourism on the island was the first property on the island to be affiliated to the prestigious collection of The Leading Hotels of The World.

The succeeding decade saw the reconstruction of Le Chaland in 1991, with its renaming as Shandrani, and the acquisition the following year of the Pullman Hotel in Grand Bay, which became Le Mauricia Hotel. In 1994, the Mariya Hotel in Pointe aux Piments was taken over and refashioned into Le Victoria Hotel. The collection of hotels was further expanded with the acquisition of Le Canonnier in Pointe aux Canonniers in 1997. Over the same period, NMH merged Le Méridien Brabant and Paradis into the Paradis Hotel & Golf Club.

Taking the expertise to new territories

The Beachcomber brand expanded its footprint beyond the shores of Mauritius to the Seychelles with the opening in 2001 of the Sainte Anne Resort & Spa on a 220-hectare private island surrounded by a marine park. Meanwhile, the Dinarobin Hotel Golf & Spa opened its doors on Le Morne Peninsula.

In 2010, the Trou aux Biches Hotel was completely rebuilt, upgraded to a 5-star resort and renamed Trou aux Biches Resort & Spa. NMH continued its regional expansion with the inauguration in December 2013 of the Royal Palm Marrakech in Morocco, which has been operating under the name of Fairmont Royal Palm Marrakech since May 2017 following a management agreement signed with the luxury division of the Accor Group. The Group has also launched in 2016 its first franchise, Beachcomber French Riviera, on the Cote d’Azur in France.

Beachcomber currently operates 10 resorts offering a choice of accommodation ranging from rooms and apartments to suites and villas. Each hotel in this prestigious collection is imbued with a history and character of its own, embodying understated luxury.

See the Beachcomber Hotels in Mauritius

View the hotels over the years - Beachcomber  Hotels then and now