Back to blog
Mauritius

The different cultures of Mauritius

Mauritian culture is based on the diversity of the population. It’s one of the few places in the world where Hindus, Tamils, Muslims, Christians, Buddhists and others from all over the globe live in harmony. It’s an island of temples, churches and mosques.

Going to its discovery can be a journey into some of the most fascinating and refined thousands year old ancestral traditions. The French are one of the primary contributors in this rich blend of culture, when they took control of the island in the 17th century, bringing with them African and Asian slaves. The country changed hands when the British won over the French in the 18th century, and it was here when a new wave of laborers from India, which was a British colony then, came to the island. This influx of Indian laborers changed the island’s social structure. British Indians became so numerous that after a few decades, majority of the people in the island have Indian origin and then the 19th and 20th century saw the arrival of Chinese settlers.

Probably the most practiced religion in Mauritius is Hinduism, which is practiced by Indian and Tamil communities. One of the most sacred sites in Mauritius for Hindu’s is Grand Bassin Lake, not far from the Mauritian town of Curepipe. Here you’ll find several spectacular temples so it’s definitely worth a visit on your trip to Mauritius. And during September the Ganesh Chaturthi festival takes place as a celebration of the beloved Hindu god. The sound of drums, cymbals and bells fills the air as clay statues of Lord Genesh are brought to be immersed in the water in a symbolic act which represents Ganesh's return to his natural element.

Islam in Mauritius is the second biggest religious group. Around 20 % of the Mauritian population and Muslim and you will find a number of beautiful mosques all around the island. The oldest mosques in Mauritius are Al-Aqsa in Port Louis and Rivere Citron Mosque, which were both built over a century and a half ago. There’s also Jummah Masjid, which is an architectural gem and definitely worth a trip to the capital to see. 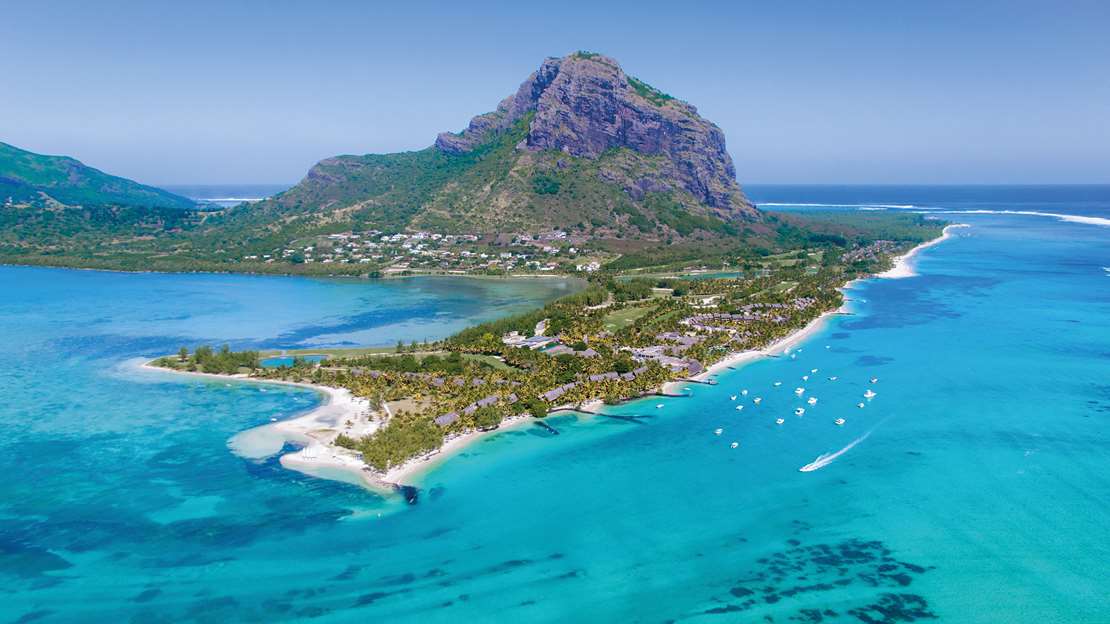 Despite there only being a minority of Christians on the island, there are more than 20 beautiful churches to visit. One of the prettiest has to be the church at Cap Malheureux, which has a distinct bright red roof. Buddhism is Mauritius’ fourth religion and there are several temples in Port-Louis’ Chinatown, which are all worth a visit.

And with religion, comes festivals, which ultimately means there’s never a dull moment in Mauritius! Various Indian, Buddhist, Christian and Muslim festivals are celebrated all year round, with the bulk of them between late December and early April. All in their own right are spectacular. Witness the colourful Holi festival for Hindu’s celebrating a good harvest with parades, music, dancing, and by throwing colored powder and water on each other for luck or give and receive gifts under the firework displays organised for Diwali.

Another proof of this rich diversity is in the variety of Mauritian dishes. There are traditional western dishes coming from the colonial past of the island; alongside someone can discover delicate new taste and aromas of the more exotic, oriental dishes brought by the Indian and Chinese migrants. Some are unique to Mauritius, as various delicacies have also been adapted to suit the Mauritian taste, which combines the flavours of the East and finest of the West.