Back to blog
Travel Advice

Tips on tipping around the world

While tipping is customary in a lot of Western nations, many people are making mistakes when it’s time to show their appreciation for good service on their holidays because they don’t know how much to give and are generally unaware of the local customs.

Here is everything you need to know about tipping in Mauritius, Seychelles, Dubai, Abu Dhabi and Morocco.

The rest of the world? Well why would you want to go anywhere else?

Tipping in Mauritius is discretionary and not expected but any money received for good service from taxi drivers, waiters, maids etc shows genuine appreciation as salaries are generally quite low. Always try to tip in Mauritian Rupees as it is much preferred by the locals.

If you are a guest at a spa you should aim to tip between 5% and 10% of the total bill but that is if noservice charge is already included on the bill so be sure to check. Tour guides should receive a tip that is at least 10% of the total cost of your tour. You aren’t obligated to but you can always tip a little extra for exceptional service! Taxi fares are usually negotiated in advance in Mauritius but if the driver has been particularly helpful, a tip of 100-200 rupees will show your appreciation.

When it comes to where you are staying, you should tip staff that have been particularly attentive to you during your stay. For porters who help you carry your luggage you should aim to tip them a few rupees (100MUR) per bag and for housekeeping about 100 rupees every few days will show your appreciation. Gratuity is usually included on your receipt in Mauritius but if you are particularly satisfied with your meal, you should leave your waiter or waitress some change. For good service tip between 10% and 15% – this is usually standard for top end restaurants.

The unit of currency used in the Seychelles is the Seychellois Rupee. Please note this is different to the Mauritius Rupee (just in case you were planning on doing a bit of island hopping!)

Most charges (restaurants, hotels, taxis, porters etc) already include a 5% to 10% service charge or “tip” so it’s important to check your bill and know what you are looking for! This means that tipping isn’t obligatory in the Seychelles but as a reward for exceptional service, a nominal tip is sure to be warmly received – especially as pay rate tends to be quite low. 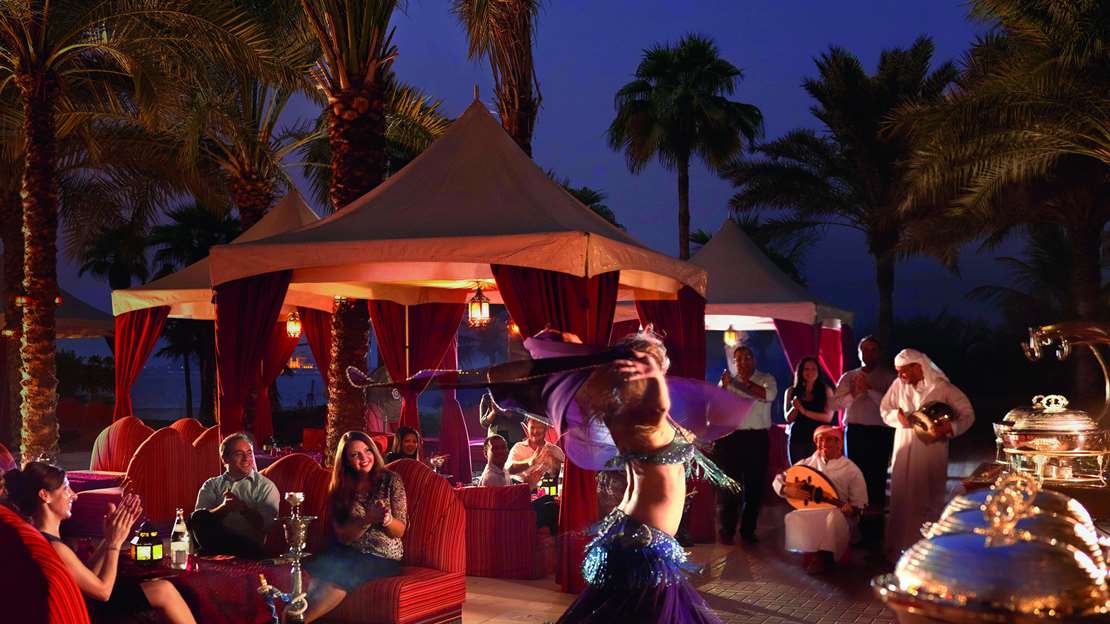 In Dubai and Abu Dhabi, as well as waiters, taxi drivers and maids, you will find supermarket bag packers, valet- parking assistants, bellboys, petrol-pump assistants, people to carry your shopping to your car… the list goes on! But do you tip all of these people? And where do you draw the line? According to the Dubai Tourism and Commerce Marketing (DTCM), there are no hard rules for tipping in Dubai but this doesn’t exempt people from giving gratitudes. As Dubai’s and Abu Dhabi’s residents tend to hail from all over the world, their tipping expectations of what is appropriate varies massively however here are the things you need to know.

Their government adds a 10% service charge to most bills at hotel restaurants and bars, but like Mauritius and Seychelles (and not like Japan, where this is seen as insulting!) extra tipping shows genuine appreciation. This service charge should be divided amongst the staff, but if you’ve had particularly attentive service, then there’s no harm in tipping them a bit extra and leaving some cash on the table as recognition of good service.

When it comes to taxi drivers, they don’t expect anything and they are not allowed to ask for a tip, or assume they can keep the change, but it’s a good idea to round it up to the nearest note (the nearest 5 dirham note is good practice). Bag packers in shops and supermarkets will appreciate a few coins and parking valets, bellboys and other services such as getting your petrol pumped you should aim to tip between 2 and 20 dirham, depending on the service.

Tipping in Morocco is discretional and usually amounts to about 10% of your bill. That goes for restaurants, cafes and bars. Moroccan restaurants are generally quite cheap so if you are particularly pleased with the service, then leaving anything between 20 or 30 dirhams on the table is a relatively inexpensive sign of appreciation. Always check to see whether a service charge has been added to the bill to determine how much you want to leave.

Tipping for taxis is usually a simple matter of rounding up the bill to the nearest 5 Dirham but don’t feel obliged to. Taxi drivers will accept a tip if offered but Moroccans rarely leave one. Often the taxi meter won’t be working so always ask for the price before you start the journey. Tour guides in Morocco generally come in two forms – professionals who organise trips and unofficial guides who tend to latch on to you through the twisted medinas to try and demand payment for their service. Obviously, you are under no obligation to pay anything if this happens! The medinas can be quite confusing so if you are unsure about venturing out on your own, it’s almost always best to hire a professional guide.

With regards to housekeeping, 20 dirhams a day or 100 dirhams for a week’s stay would be really appreciated by a maid, and for bellboys, between 10 and 20 dirhams for their service is a reasonable amount to offer.

Remember these are all just general guidelines. A tip in any of these destinations will never be badly received, so if someone did a great job, give as much as you see fit. Tipping is a way to show gratitude for good service, and at the end of the day, the value is completely at your discretion!