Find out all you need to know about Mauritius

Language and culture
English is the official language of Mauritius, although Creole and French are the most commonly spoken. Apart from the three main languages, other spoken dialects include Bhojpuri, Hindu, Urdu, Tamil, Telgu, Marathi, Gujerati and Sanskrit. The population is divided into ethnic groups, namely Indo-Mauritians, Creoles (European, Madagascar and African origin) and Chinese Mauritian. The fusion of culture is reflected in the tantalising cuisine and the many festivals celebrated across the island.

Currency and time difference
The Mauritian Rupee is divided into 100 cents. All major currency notes may be exchanged at banks or hotel cashiers. Please note, there is a limit at the hotels restricting how much can be exchanged during your stay. The Bureau de Change and banks at the airport are open for the arrival of most flights. All major credit cards are accepted in Mauritius and there are a number of ATM machines in the towns and at the airport.

With its sub-tropical climate, there really is no ‘best’ time to take your Mauritius holiday because its warm all year round. From November to April coastal temperatures reach 34 degrees celsius and from May to October the average temperature is 24 degrees celsius. Since Mauritius has different micro-climates across the island, we would recommend using a Mauritian website for the most accurate weather forecasts.

Given Mauritius' close proximity to the equator, the high temperatures and the strength of the sun, we recommend you use high factor sunscreen and protect your head with a hat.

You will find that the busiest times are Christmas, New Year, Easter and the school holidays, to avoid disappointment, we advise you book early if you are looking to visit Mauritius during these periods.

As worldwide weather becomes more erratic and harder to predict we cannot be held responsible for a disruption to your Mauritius holiday due to bad weather. Cyclones occur occassionally in Mauritius, usually in January and February, which may result in a couple of days of heavy rain and winds. These cannot be predicted and can happen at any time.

What to pack for your Mauritius Holiday

Although most of our hotels operate a relaxed dress code, it’s worth considering some of the following points as some hotels enforce a dress code in the restaurants during the evening.

Due to the tropical climate of Mauritius, you may encounter the local wildlife during your stay including insects, reptiles, small mammals,rodents and cockroaches. This in no way means the resorts are unclean. It is just a way of life in tropical destinations. Mosquitoes are easily dealt with if you use repellent, we also recommend that you put the air conditioning on in your room before you go to dinner to deter any unwanted wildlife. If you have any problems, please contact housekeeping who will be happy to help.

Health
A yellow Fever vaccination is required for travellers coming from infected areas. There is no malaria risk in Mauritius, prior to departure we do suggest that you check with your GP or health worker. Alternatively, you can contact MASTA (Medical Advisory Services for Travellers Abroad) on 0845 600 2236.

We recommend you take and use mosquito repellent to minimise bites. Precautionary measures should be taken at all times as these mosquitos are also active during daylight hours. Should you be arriving from another destination where malarial mosquitoes are present, please be advised that the Mauritius Ministry of Health may require a blood test upon arrival or during your stay. At certain times of the year stone fish maybe present in the shallow waters so we advise you wearing beach sandals or reef shoes.

If you are carrying personal prescription medication to Mauritius, you must carry a copy of your latest prescription and the drugs should be carried in their original containers bearing the name and address of the dispensing pharmacy. Scheduled drugs, such as psychotropic preparations (e.g tranquillisers, hypnotics), narcotics (e.g morphine) and other strong pain killers all require by law, authorisation before import. Failure to obtain prior authorisation may result in arrest. Requests to carry medicines used for drug rehabilitation treatment (e.g methadone) should be submitted well in advance as they may require security clearance. In all cases, the quantities of drugs carried must be compatible with the duration of stay.

Further information can be found on the government website or from the Department of Health.

Power supply in Mauritius is 220 volts, there are two pin and three pin plug points in every room. Adapters are not required for visitors from the United Kingdom.

Useful times
Check-in is officially at 3pm, it is not always possible to have your room ready immediately on arrival, although where possible the staff will attempt to prepare your room as quickly as possible. A good tip to remember is ensure your swimwear is easily accessible so when you arrive (especially if it is early morning) you can relax by the pool or on the beach while you wait for your room. Each hotel has somewhere you can change, freshen up and store your luggage while you wait. The official check-out time is 11am however if you would like to keep your room until departure this can be arranged at an additional fee.

If you would like to go shopping, the opening times vary from town to town but are generally open 09:30- 17:30, many are closed on Thursdays and Saturday afternoons. On Sundays and public holidays most are closed. 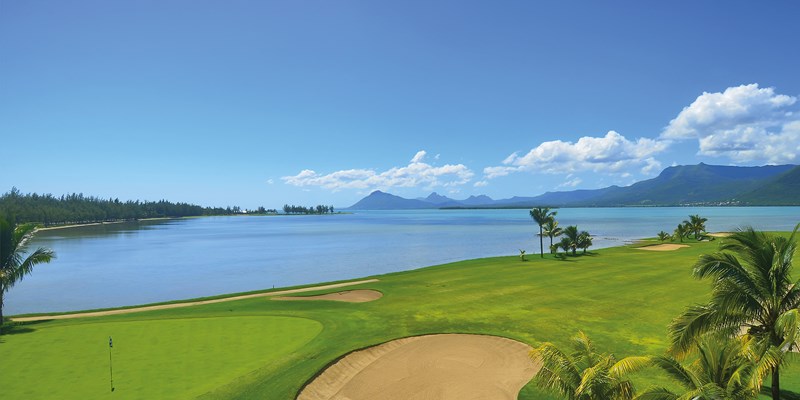 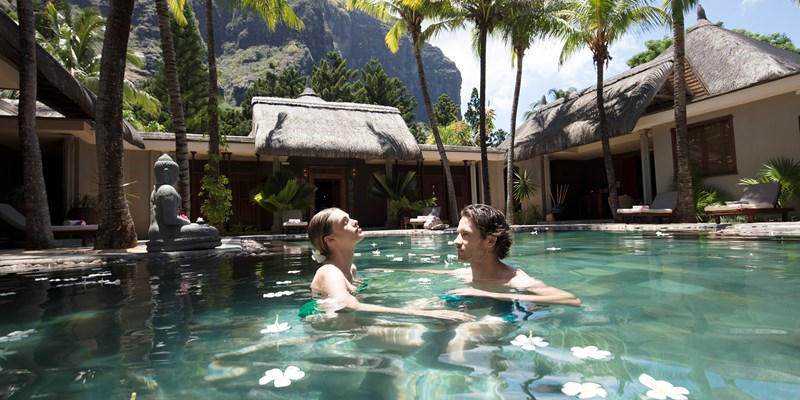 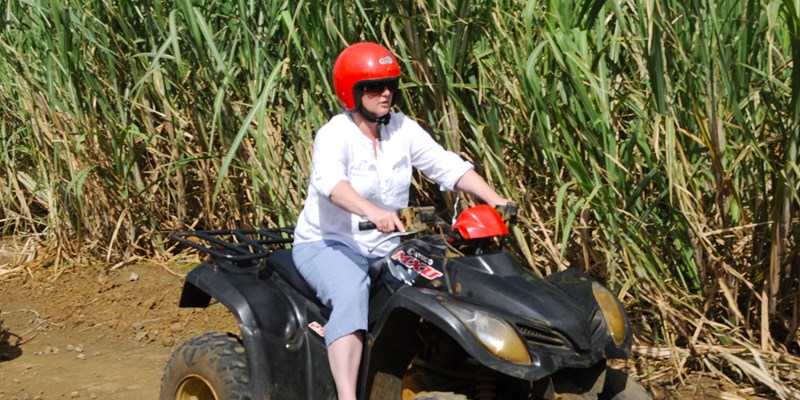 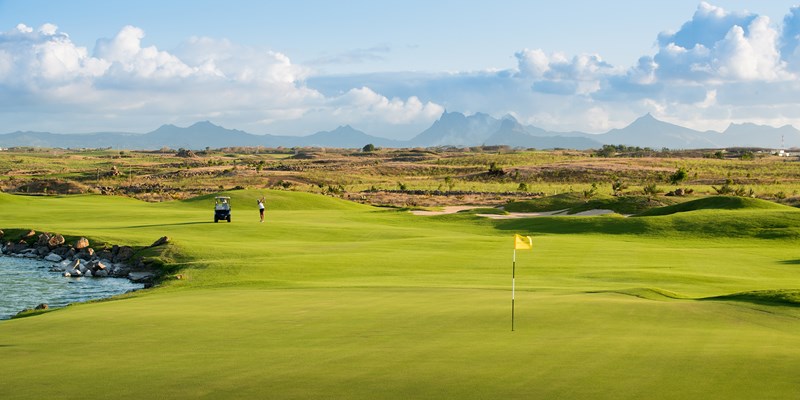 As a guest of Beachcomber’s golf resorts, you’ll have privileged access to several other courses on the island. 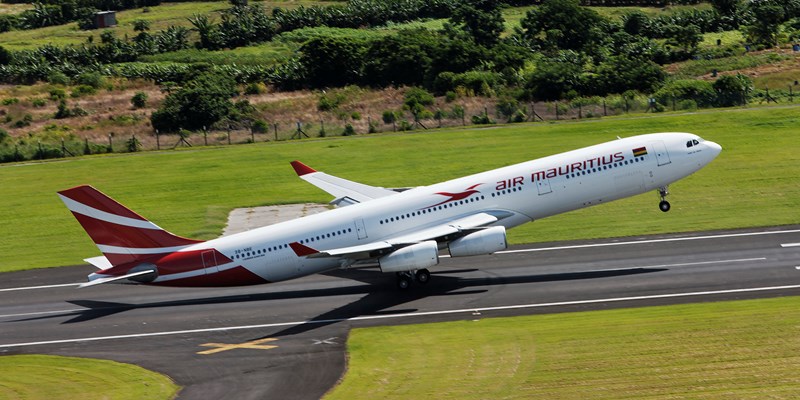 Information about our flight partners to Mauritius. 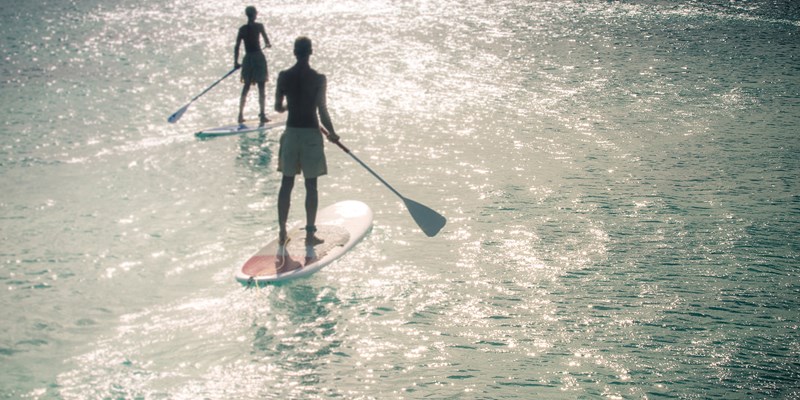 Mauritius is a year-round destination.